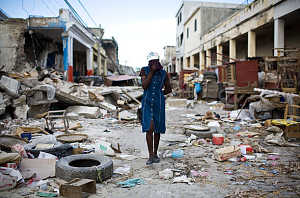 Rapture or not, perilous times are ahead. The question is, “Christians Prepare?” Some Christians believe that God will take care of them and that all they need to do is “trust God.” Others believe that just as Noah built the ark, we must prepare for the coming destruction upon the Earth whether it be an economic collapse, natural disaster, or WW3.  Below is article written by Steven Collins  that gives some opposing views on the matter and what he believes God is saying to us about preparing for the last days according to the Scriptures. What do you think?
SHOULD CHRISTIANS PREPARE FOR FUTURE HARD TIMES?
by Steve Collins

As this is written, the USA is in the worst recession since the Great Depression and the global economy almost collapsed in Autumn, 2008. Debt creation by the US Congress and the Federal Reserve Board (and other foreign nations and central banks) has reached unprecedented levels. Many Christians look at the “signs of the times” and wonder if they should be preparing for future hard times. This article will examine this subject from a biblical viewpoint, and offer readers clear biblical guidance on this issue.

Christians tend to have two differing opinions on the answer to the question: “Should Christians prepare for hard times?” One camp holds to the view that Christians should simply “trust God” and it cites the command God gave the Israelites in Exodus 14:13 to “stand still and see the salvation of the Lord.” The other camp believes Christians should prepare for trying times in the future and it cites the example of Joseph storing up quantities of grain in Egypt when Pharaoh’s dream warned there would be seven years of plenty followed by seven years of famine. Which approach is the right one for our modern times? While I am no one’s judge and I respect anyone’s personal decision as a believer, I believe the Bible strongly supports the viewpoint that the Bible warns Christians to make preparations when God warns us about approaching dangers.

I suspect any Christian would make sensible preparations if they lived on a coastline and knew that a strong hurricane was approaching. If Christians live in tornado country (as I do) anyone would logically head for a basement or shelter if you knew a tornado was heading for your city. While we hope that our homes will be safe from such hazards as fire, hailstorms, etc., we buy homeowners insurance to guard against such hazards. Many renters buy renters’ insurance policies to safeguard their investment in their possessions. If you were on a coastline and heard a tsunami warning for your city, you would surely “head for high ground” as quickly as possible! If Christians and non-Christians alike would take such reasonable measures to prepare for any impending natural disaster, why should they not also make reasonable preparations for a prophesied danger that is imminent? I think the Bible indicates they certainly should do so. However, before examining biblical evidence to support that assertion, let’s first examine the viewpoint that Christians should not prepare for prophesied dangers and simply “trust God.” Such Christians sometimes believe that it is a lack of faith in God’s promised protection if they prepare for dangers. They regard this as “relying on one’s own strength” rather than relying on God. However, let’s examine the Exodus 14:13 account which they cite and see that Christians who do not make any preparations are mistakenly taking that scriptural account out of context.