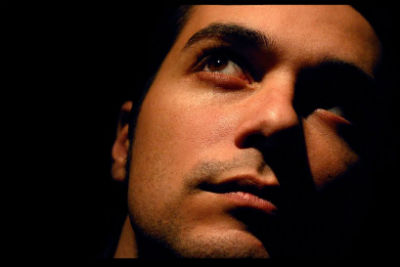 There are several theories about what will be happening in our country and on our planet. I believe that whatever happens, the gospel of Jesus, the Christ, is good news and life is so short that it won’t be long before we are in the presence of Jesus, face to face for all eternity.

The enemy can use the forecasts for chaos and catastrophe to make the people of God fearful enough to take their eyes off God. Paul wrote the 1st letter to the church at Thessalonica to teach them about the rapture and that their saved relatives who had died would rise and be caught up in the air first. But many of them decided that Jesus’ return was imminent, so they quit their jobs and may have been simply scanning the skies for signs, awaiting the second coming.

So Paul wrote 2nd Thessalonians, telling them to go back to work for the Lord rather than being preoccupied about His return. A couple nights ago I watched a TV program with Perry Stone, a “prophetic teacher/preacher.” It’s common for him to discuss blood moons and prophecies being fulfilled soon. His message basically was for Christians to chill out. He didn’t believe that all that has to happen before the second coming has occurred yet. He said his grandfather thought Jesus was coming back in his lifetime. He said his father thought Jesus was coming back in his lifetime. Perry, to my surprise, said that Jesus may not come back in his lifetime either.

There is a growing hysteria among some in the body of Christ about this September. It’s almost like when some Christians freaked out about Harold Camping’s end-of-the-world predictions for May of 2011. Then when that didn’t happen, he changed the expected date to October of 2011. Then he finally admitted that he wasn’t God and only God knows when Jesus will return. Now, a giant comet that no legitimate scientist has forecast, is supposed to strike the earth with devastating results. That is highly unlikely. Or demons are going to appear in September with deadly intentions.

We can be preoccupied with trying to identify signs that point to certain occurrences or we can be occupied with doing the work that the Lord has ordained for us to do in His Kingdom. The bottom line is although some people insist that they can interpret the signs, the truth is nobody knows. Since the 70’s I’ve heard predictions about the fall of America and the return of Christ. I bought into some of that for a while. You find all of the inaccurate predictions of doom and gloom over the years on the Internet. Every year there are new doomsday prophecies. I think a lot of the hype is manufactured to sell books and to get lucrative speaking engagements. When these “prophets” are proven wrong they never refund the money they acquired through their false teaching

A lot of it sounds like New Age propaganda. There’s talk about portals and half human beings emerging from Atlantis and esoteric wisdom that was removed from the Bible by ancient sorcerers only to be revealed now by the enlightened few. And how the Masons had infiltrated every government and influenced every leader around the world…. The macabre prophesies went on and on. My position is that the Bible is the inerrant Word of God, physically written by people but inspired by the Holy Spirit. According to 2 Timothy 3:16 “ All Scripture is given by inspiration of God, and is profitable for doctrine, for reproof, for correction, for instruction in righteousness.” 2 Peter 1:20 says “above all, you must understand that no prophecy of Scripture came about by the prophet’s own interpretation of things.” So, the Bible, in a sense, was written by God Himself

I will look to the Word to understand myself, my God and the times in which we live and I’ll communicate with my Lord in Prayer. He’ll guide my paths. I have faith that He loves me, will never leave me or forsake me. He is my refuge and my strength

“God is our refuge and strength, A very present help in trouble. Therefore we will not fear, though the earth should change And though the mountains slip into the heart of the sea; Though its waters roar and foam, Though the mountains quake at its swelling pride. Selah.” Psalms 46:1-

Our people perish for the lack of knowledge and without knowledge of the Lord and an understanding of His Word through vigorous Bible study and meditation, people will believe anything if it’s spoken by a person in authority. But God is no respecter of persons. Even if every one’s word is a lie, His Word is truth. So, I’m not looking to the sky for signs, I’m looking in the Word, in my prayers and in my faith.

Would love to hear from you. Please leave any comments below.