Is The New World Order Knocking At Our Back Door? Skip to content 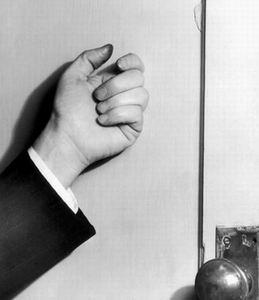 Many experts say YES! Almost 25 years ago, my little church in San Luis Obispo, California  invited an evangelist to speak for a weekend revival. Before leaving, she gave each member a flier that read, “Do Not Take the Mark of the Beast.” She encouraged us to place this flier on our refrigerators to warn those who were left on the earth after the rapture and during the great tribulation. She was convinced Jesus’s return was imminent. Since then, numerous predictions about Jesus’ return have come and gone.

Several years ago, all around town I saw billboards that said Jesus was returning on a specific day. At first I thought is was a radio hoax until I went to the website and learn they were dead serious. The Bible makes it clear that no one knows the day or the hour of the Son of Man’s return; however, God does tell us to read the signs and to stay alert. Some may think that what I’m about to share is just a bunch of conspiracy theory but I feel compelled to just put the information out there and then you can decide for yourself.

Over the last several years, I have watched numerous documentaries from many different sources with compelling information about the state of our economy, food, health care, environment, and more. The underlying message is always the same… corporations, power, and greed, not people, are the priority.

Please take the time to  get informed and if compelled, please share it with your family and friends. These movies are scary and very eye-opening. Age of Deceit- Fallen Angels and The New World Order (Video) , SHADE (Video), Aliens from Hell (Video), and   Invisible Empire A New World Order Defined (Video).   Secondly, there are numerous reports all over the internet of the pending economic crash. Some are predicting this could happen as early as this fall, but we aren’t hearing about this on the mainstream media. Earlier this year in Greece, the Central Bank froze their citizen’s accounts and many are now living in poverty. Instead of a bailout, the government is doing what’s called a “bail in,” meaning, they are seizing  people’s money, retirement, and life-savings to bail out the banks. Many elderly people have yet to receive their pensions and are standing in food lines. According to reports, this scenario will take place globally and America will not be exempt. I want to encourage you to get informed.

Our freedoms and rights are slowly being withered away and a systematic plan is being waged right at our own back door. A plan is being laid out to usher in the New World Order by deflating the dollar and establishing a one world currency. The Biblically prophecy is happening right before our eyes but we have been intentionally deceived and kept too distracted to notice. Please check out the following resources below and get informed. I don’t want to perpetuate any type of fear, but even Jesus said we must be “wise as serpents” and to “watch and pray.” I believe God wants us to do what we can to prepare ourselves and then have faith in Him to do the rest. Most people I talk to are completely unaware of this information.   Jesus Said “These Things Must Come to Pass

4 Jesus answered: “Watch out that no one deceives you. 5 For many will come in my name, claiming, ‘I am the Messiah,’ and will deceive many. 6 You will hear of wars and rumors of wars, but see to it that you are not alarmed. Such things must happen, but the end is still to come. 7 Nation will rise against nation, and kingdom against kingdom. There will be famines and earthquakes in various places. 8 All these are the beginning of birth pains.

9 “Then you will be handed over to be persecuted and put to death, and you will be hated by all nations because of me. 10 At that time many will turn away from the faith and will betray and hate each other, 11 and many false prophets will appear and deceive many people. 12 Because of the increase of wickedness, the love of most will grow cold, 13 but the one who stands firm to the end will be saved. 14 And this gospel of the kingdom will be preached in the whole world as a testimony to all nations, and then the end will come.- Matthew 24

Below is a selection of articles and youtube videos of the pending economic crisis and the New World Order that I have read or watch with great interest. Pray and ask God to give you discernment. I am not endorsing or saying I fully agree with everything being said; however, I believe this is a wake up call. Whether it happens this year or 10 years from now, we need to be awake and prepared!

The End of American (Video)

Warning: The Countdown To The Economic Collapse Has Begun (Video)

Should Christians Prepare For Economic Collapse?

Is It “Anti-Faith” To Prepare For The Coming Economic Collapse?

There are hundreds of articles and videos on this subject, to read more, just Google… economic crash, collapse, crisis, new world order, and how to prepare. What’s  most sinister about these articles and videos is that this economic crash has be systematically planned. I believe hard times are coming and we need to draw closer to God and His presence. If not, how will we survive or keep our sanity? This is not a time to panic but to pray, MEDITATE, and take action! I’d love to hear from any readers. Please share your thoughts below. Also, share any other information or resources that might be useful to readers.